WHAT IS GOOD PHOTOGRAPHY?

The tranquil Autumn air of the mountains is a good counter-irritant to the steaming mood of the section of Correspondence of the December Camera Craft. Nobody seems to be accomplishing anything, but the incubation of hard feelings - and nobody seems to have made any attempt to get down to unemotional facts in his protestations. Far be it for me to pose as an arbitrator, or an oracle, or a catalyst - but I cannot evade adding a few words with the hope - however forlorn - that they will serve as oil upon the foaming waves.

In the first place, no less an authority in art than Arthur Pope once said to me, "the artist should never write about his art" - and he is entirely right. The artist speaks in terms of his medium; transcription of his ideas in words are almost always inadequate and misleading in the most precise sense. We all write too much, speak too much, preach too much. It would be better if we just said what we have to say in photography. After all, we are photographers; if our work has "what it takes" it will not need the embalming of words to perpetuate it. Let the critics - the professional critics - fuss with the winding sheets.

All of us, perhaps, know this, but we will keep right on writing and lecturing, and giving our colleagues soul-shattering Bronx cheers via the "letters" column.

What I am really getting at is this: Weston writes something, Partridge writes something, I write something. So what? We can all make better photographs than we can write about them. If we can’t express our principles of photography in our photographs, we certainly cannot express them in our writings on photography. I believe that we do not need any justification in type for our adventures in silver. Presumably we are all afraid of something. I am probably afraid that some spectator will not understand my photography - therefore I proceed to make it really less understandable by writing defensibly about it. All I can do in my writings is to stimulate a certain amount of thought, clarify some technical facts and "date" my work. But when I preach "sharpness," "brilliancy," "scale," etc., I am just mouthing words, because no words can really describe those terms and qualities - it takes the actual print to say, "here it is." If I want to get into an argument with Mr. Mortensen, and vice versa, we can do it best by jousting with our photography, rather than with our pens. I am sure Mr. Mortensen would agree with me in this. But we both do a lot of writing!!

Weston is one of my closest friends, but I must say in all frankness that one of his photographs says more about him and his photography than fifty pages of text he might produce. What he writes about photography in the Encyclopedia Britannica - an objective treatise on the art - is something else.

I refer to writing about one’s own work, or jousting for one’s own "school." Partridge is an excellent artist - a superb etcher, and exceedingly well versed in the principles of all the arts. He has taken up photography apparently to say something he was unable to say in the other media. He has done some very good things. He would be the last one to call himself a great photographer, and there is nothing about his writings to indicate conceit. He is enthusiastic about the art, and he is giving us an expert opinion. I do not agree with all he says, but I certainly admire his discussion-provoking statements. But, you see, his writing serves to make some people think Partridge is posing as an ultimate authority - which is not so.

I have certainly laid myself wide open many times, in speech and writing, to all sorts of tomatoes, orchids and good solid bricks. Probably I deserved all of them - especially the last. I gave a little talk before a camera group the other evening, and the sum total of my accomplishment seems to me to have been: 1. I inadequately re-stated what I have already said in my pictures. 2. I did not give any real constructive technical ideas. 3. I irritated a lot of people, and added one more degree of confusion to an already hopelessly involved subject. I feel that there should be a Society for the Perpetuation of Plain Simple Facts - and let it go at that. But I will probably continue to give talks and produce pages of text; the itch to preach exists as an all-consuming fire in practically everyone.

The name "F64" has certainly been misinterpreted, maligned, glorified, abused, and most generally misunderstood. The "Group F64" was loosely formed of several photographers - mostly professionals - to act together towards the strengthening of clean photographic thought and production. "F64" was never intended as a strict literal descriptive term. How many people who write and talk about "F64" really know about it - what the Group was - who were the artists comprising it - what they actually did? Believe me, a diamond-sharp glossy print does NOT represent "F64" unless there is that most-important-something-else in it-the quality of art in perception and execution. This statement is totally without meaning to those who do not know what "the quality of Art in perception and execution" is. And they never will know, in spite of Mr. Weston, Mr. Partridge, and Mr. Adams, and all their writings, unless they truly want to know - to venture forth from the safe ritualistic shelter of the commonplace and look for themselves.

If "F64" means a pedagogic inflexible system of thought and action, then I am through with it completely. But if it signifies an attitude towards a clean, straightforward approach to photography, I am all for it. The latter is what it was supposed to be; but a lot of people are trying to break it down into a mere technical aspect-habit.

The beauty of a photograph by Weston does not lie in the assortment of facts about negative, material, papers, developers - it lies in the realization of his vision. And I believe his vision is in perfect relation to the medium of straight photography.

What we have to say is infinitely more important than our mechanical means of saying it. On the other hand, if we cloud our message with poor techniques, shallow taste, and inflexible method we are not going to get very far. We have to inquire within ourselves and forget taboos along with ivory towers.

Mr. Douglas is wrong in saying that the "Group F64" school is related to the "1890 school." It bears a much closer relationship to the 1860’s and the 1870’s and what those decades produced in straightforward photography. He forgets one terribly important thing - the style of the early days is one thing, and the aesthetic intentions (or lack of them) of the early photographers, another thing.

I humbly refer you all to Alfred Stieglitz. Mr. Stieglitz’ spectrum of accomplishment is greater than that of all of us put together. Stieglitz would never say that certain objects of the world were more or less beautiful than others - telegraph poles, for instance, compared with oak-trees. He would accept them for what they are, and use the most appropriate object to express his thoughts and convey his vision. I think Mr. Loeber is right in his denouncement of "exalted rubbish." But he does not state that it is only "exalted rubbish" when the photographer considers it so. Factual rubbish is considered vile because of connotations and convention. It is very dangerous to start off with hazy definitions. No photograph of Stieglitz’ is ugly - every subject employed is transmuted into an expression of beauty - but true beauty does not mean mere prettiness.

Mr. Partridge’s prophecy of the future of photography frankly irritates me, simply because no one can possibly tell which way human expression is going - except to be reasonably sure that the pendulum will continue to swing. But I believe many people, Mr. Loeber included, misinterpret discussion as final dictum. I know Mr. Partridge has no intention of Hitlerizing photography; but I am not so sure that some of the "Old Guard" would not "liquidate" a lot of contemporary work if it had the opportunity to do so. Even photographers are protected by the Bill of Rights!

Believe me, the Purist (awful term) is really trying to get photography out of pigeon-holes, rather than in them, as Mr. Forrester believes they are trying to do. Well, "Ye who are without sin . . . ." 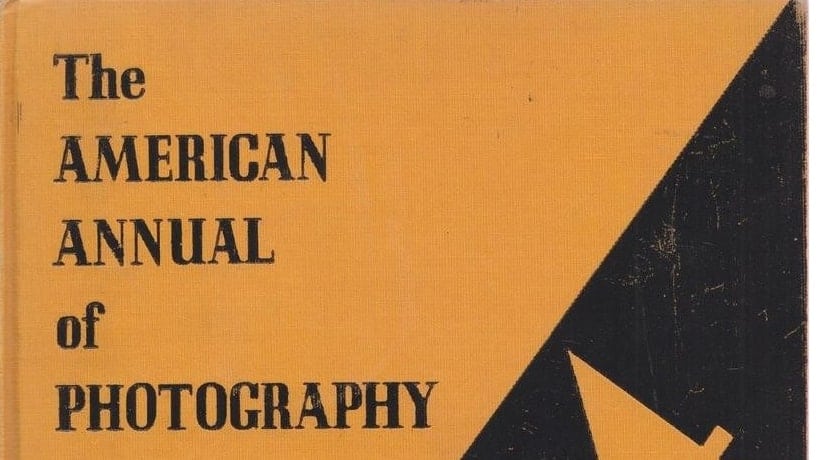 From ‘A Personal Credo’ American Annual of Photography 1944