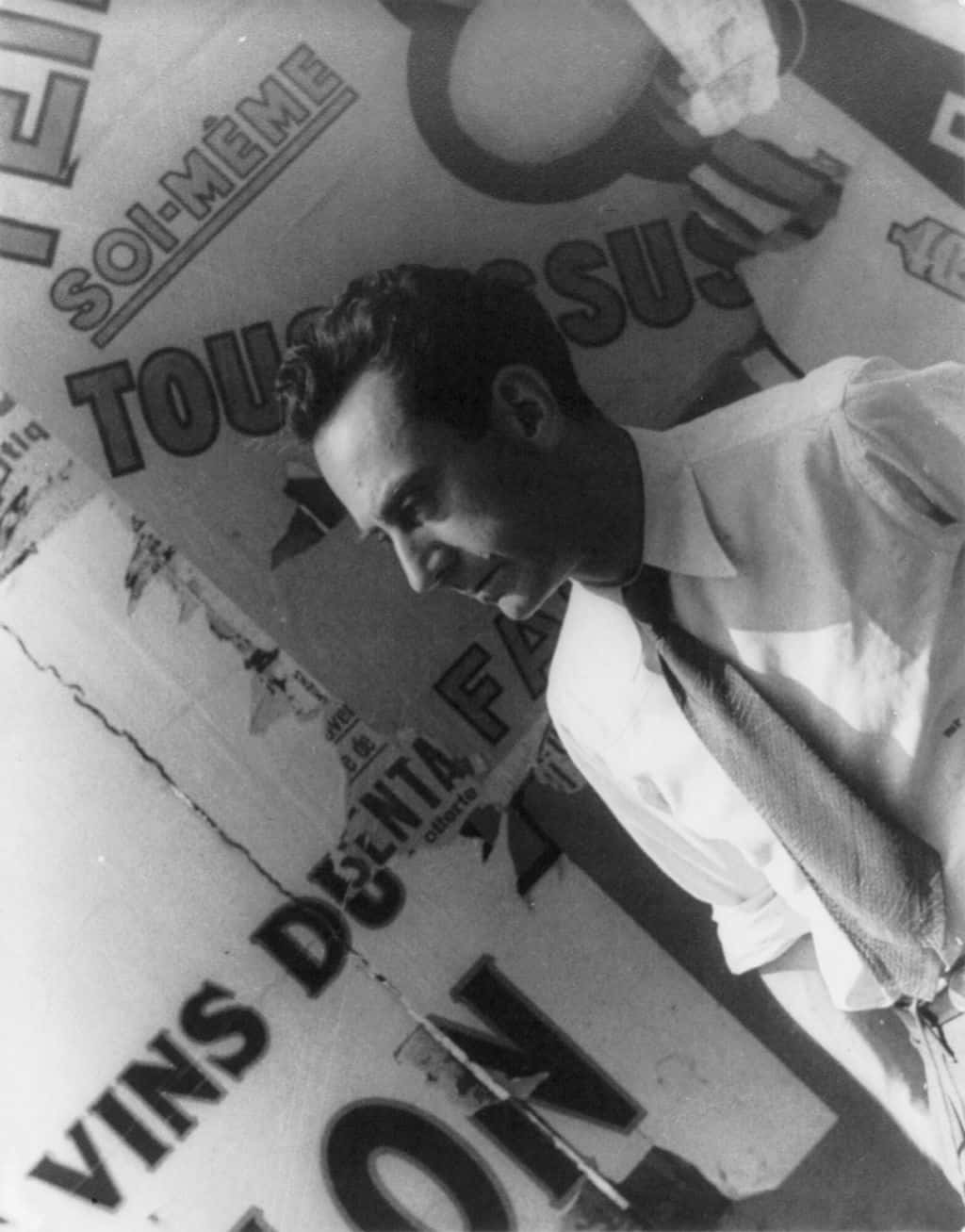 Of course, there will always be those who look only at technique, who ask "how," while others of a more curious nature will ask "why." Personally, I have always preferred inspiration to information.

There are purists in all forms of expression. There are photographers who maintain that their medium has no relation to painting. There are painters who despise photography, although many in the last century have been inspired by it and used it. There are architects who refuse to hang a painting in their buildings maintaining that their own work is a complete expression.

All these attitudes result from a fear that one will replace the other. Nothing of the kind has happened. We have simply increased our range, our vocabulary. I see no one trying to abolish the automobile because we have the airplane.

A book was once published of twenty photographs by twenty photographers, of the same model. They were as different as twenty paintings of the same model. Which was proof, once and for all, of the flexibility of the camera and its validity as an instrument of expression. There are many paintings and buildings that are not works of art. It is the man behind whatever instrument who determines the work of art.

Nature does not create works of art. It is we, and the faculty of interpretation peculiar to the human mind, that see art.

"Photography can be art"

It has never been my object to record my dreams, just the determination to realize them.

It looked like a snowstorm, with the flakes flying in all directions instead of falling, then suddenly becoming a field of daisies as if the snow had crystallized into flowers. This was followed by another sequence of huge white pins crisscrossing and revolving in an epileptic dance, then again by a lone thumbtack making desperate efforts to leave the screen. There was some grumbling in the audience, punctuated by a whistle or two. Then the film broke, not once, but twice. A cry for the lights arose, the theater lit up disclosing a group locked in a struggle preventing the participants from striking any blows. Small groups in other parts of the theater were seen, divided into two camps, engaged in similar activities. A group of police stationed outside in anticipation of trouble rushed in and succeeded in emptying the theater.

on the first showing of Rayograph film "Return to Reason"

A camera alone does not make a picture. To make a picture you need a camera, a photographer and above all a subject. It is the subject that determines the interest of the photograph.

What type of camera do you prefer to work with ? "None ! I have to modify them all. My cameras are all of my own design. I take lenses apart and put them together again and put them on cameras that were not meant for them."

What do you think has been your contribution to today’s photography ? "Thanks to my effort in the last 40 years, there has been more paper and film wasted."

Then you do not retouch your photographs ? "Oh, yes, I was a great retoucher. A retoucher is an esthetic surgeon !"

Well, then, let’s ask you this way. Do you prefer the brush over the lens for certain tasks ? Or vice versa ? "I am an economic person; I judge the amount of work involved with the amount of worth attained."

Do you think that mass photography has furthered the cause of photographic art ? "I still take three shots to do a portrait !"

If I'd had the nerve, I'd have become a thief or a gangster, but since I didn't, I became a photographer.

A photograph is to a painting what an automobile is to a horse. A rider on his horse is a beautiful thing, but I prefer a man in an airplane.

Were it not for the fact that photography permits me to seize and to possess the human body and face in more than a temporary manner, I should quickly have tired of this medium.

I paint what cannot be photographed, that which comes from the imagination or from dreams, or from an unconscious drive. I photograph the things that I do not wish to paint, the things which already have an existence.

In the same spirit, when the automobile arrived, there were those that declared the horse to be the most perfect form of locomotion.

I was very fortunate in starting my career as a painter. When first confronted with a camera, I was very much intimidated. So I decided to investigate. But I maintained the approach of a painter to such a degree that I have been accused of trying to make a photograph look like a painting. I did not have to try, it just turned out that way because of my background and my training. Many years ago I had conceived the idea of making a painting look like a photograph! There was a valid reason for this. I wished to distract the attention from any manual dexterity, so that the basic idea stood out. Of course there will always be those who look at words with a magnifying glass and try to see 'how', instead of using their brains and figure out 'why'.

Some of the most complete and satisfying works of art have been produced when their authors had no idea of creating a work of art, but were concerned with the expression of an idea.

I worked fast. As soon as they walked in the door the camera would start clicking. No one knew how I did it. When they asked me I gave them wrong information.

A certain amount of contempt for the material employed to express an idea is indespensable to the purist realization of the idea.

We asked him whether we could quote him. "Quote me as much as you like; as a matter of fact I don’t even mind if you misquote me !"

What formats do you like to use in your photographic work ? "I am not going to be dictated to by the size of the camera. I use everything from an 8 x 10 to a 35-mm. But I don't use these modern cameras which break down all the time !"

Do you believe that the artist today has a mission to fulfill ? "If the affairs of the world were put in the hands of the screwball artists, it couldn’t be in a worse state than it is now !"

What would you rather do, paint or photograph ? "I paint when I cannot photograph."

Do you change your working methods completely when switching from one artistic medium to another ? "Just as I work with paints, brushes, and canvas, I work with the light, pieces of glass and chemistry."

And finally, do you see a future in photography ? "The tricks of today are the truths of tomorrow !"

In whatever forms my work is finally presented...it is designed to amuse, bewilder, annoy or to inspire reflections, but never to arouse admiration through any technical excellence usually sought for in works of art. The streets are full of admirable craftsmen, but so few practical dreamers.

Everything is related to photography, because it all has to be photographed in the end.

However rapidly I could paint, it was still drudgery after the instantaneous act of photography.