[b. 1934] English photographer, lecturer of photography 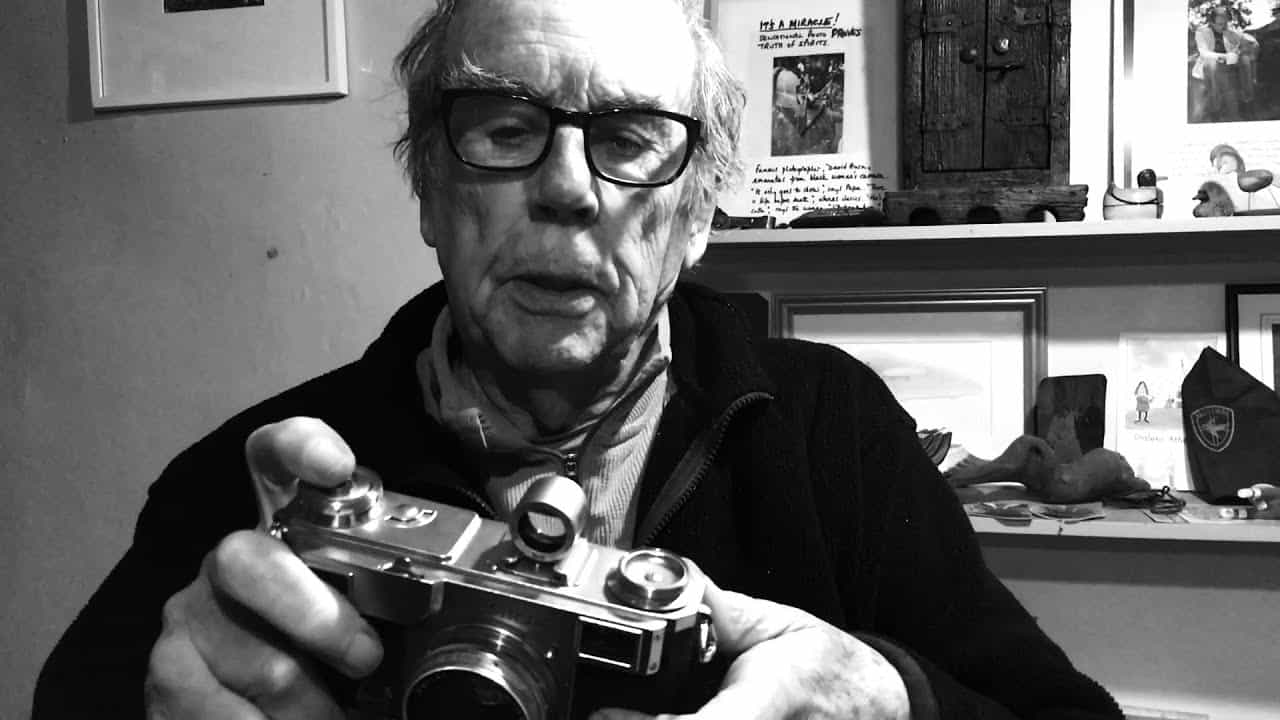 When a mother takes a picture of baby (the baby picture being the most frequently taken kind of documentary photograph) there is every probability that members of her family will recognise the child. Of course there is a probability that they might not. But they are more likely to recognise the child from a photograph than by looking at a painting, or by reading a written description.

Learn from the best; the second-raters have nothing to offer.

In previous ages the word ‘art’ was used to cover all forms of human skill. The Greeks believed that these skills were given by the gods to man for the purpose of improving the condition of life. In a real sense, photography has fulfilled the Greek ideal of art; it should not only improve the photographer, but also improve the world.

As a general guide I would guess that for a seven-picture essay I would shoot 20 – 30 cassettes of 36-exposure 35mm film. A single, exhibition-quality image probably occurs every say, 100 films. For what it is worth.

…It is important to have the right equipment for the purpose at hand and which is compatible with your own personality. It is possible to insert a screw with a hammer but the job is a lot more efficient with a screwdriver, preferably a power-driver!

Examine the lives of people who have truly excelled in any of the arts – music, theater, dance, sculpture – and they have one characteristic in common: the capacity to commit themselves wholeheartedly to their chosen disciplines. They do it every day. No excuses. A dancer, for example, cannot compete at even the lowest level without years of daily exercising; a pianist cannot perform at a concert after having taken a nine-month break; actors are not given roles in a Shakespeare play because they fell they should be. So why should photographers expect to reseive one-person exhibitions or publications without similar dedication? Are the standards in photography so low that success can be archieved with so little effort? Of course not.

What I work for nowadays is almost entirely myself. I hardly do anything for international magazines, for the Sunday color supplements. They don't, after all, live in the same world. They live in a world where everything is larger than life (...) and I am not interested.

There are many forms of photography. I consider myself simply a recorder of that which I find of interest around me. I personally have no desire to create or stage direct ideas.

…I am incredibly suspicious of photographers who specialize in the nude. I feel sure the majority takes these photographs because they want to see a girl without her clothes. They get their kicks from seeing and photographing a naked woman. I am not criticizing this attitude. It seems a harmless enough a way to achieve a sensuous feeling – but I am not convinced that the end result has any merit whatsoever. These men are conning themselves when they try to justify their pictures on artistic grounds. The majority of people are, understandably, afraid to say to a girl: “please come along to my room, and take your clothes off so that I can look at your body.” So they use a camera as an excuse. That’s fine. But they must not attempt to convince themselves, or others, that they are achieving some artistic end. Only very, very occasionally I see a picture of the nude that seemed to be worthwhile shooting purely for “artistic” reasons…

There is a lot of luck in capturing a significant picture, but the good photographers cut down the waste and make the shot far more likely. When I am looking for pictures instinctively sense situations that might contain good shots. Then I latch on to the situation and start shooting. Sometimes the action will build up into a climax in about six to ten shots, and then drop away. At other times, the action will start to build up ... but then stop at nothing. So you have to forget that scene and latch on to another pregnant situation.
A photographer's pictures should reflect his own personality in the sense that they mirror the subjects in which he is most interested, reflecting the ideas that affect him most. I try to tackle each subject without any preconceived ideas and without any set attitudes. All I want to do is record the significant moments as they happen in the simplest most direct way I know how, and with a lot of luck, the result is a picture that will give lasting satisfaction. Not only to me, but to its viewers too.

What advice would you give young photographers?

I first got excited by photography the first day I picked up a camera. However this was not until I was 20 years of age. I suddenly realized that I had an excuse to be anywhere and gaze in wonderment; the camera gave me something to hide my shyness behind. The act of pointing a camera at another human being is daunting. However, clarifying what is unfolding in front of one can give one immense pleasure. I have had a blissful life.

Documentary photography is the presentation or representation of actual fact in a way that makes it credible and vivid to an audience at the time.

It is the purpose of life that each of us strives to become actually what he or she is potentiallly. Each photographer, then, should be obsessed with stetching towards that goal through an understanding of others and the world we inhabit. When that happens, the result, like photographs, are really the expressions of the life of the maker.

Photographers should not put pictures in a box under their beds and be the only ones that see them. If they put film in their cameras it presupposes that they want to record what they see and show somebody else. Photography is about communication.

“I am a photographer” is an open-sesame to places and people I would otherwise avoid. In reality, of course, you soon discover by experience that if you are genuinely intrested in what’s going on, then people become extremely friendly. One of the easiest ways to overcome shyness is to be a photographer.

A photogrpaher may not just walk the streets but he/she do a lot of walking, with a purpose, so the most important piece of equipment after the camera is a good pair of shoes. A writer can do a lot of work from a hotel room but a photographer has to be there, so he/she is in for a hell of a lot hiking.

Photographers should actively look for ideas, attitudes, images, influences from the very best photgraphers of all ages. You cannot learn in a vacuum. The whole history of photography is a free and open treasure trove of inspiration. It would be masochistic to deny its riches and usefulness.

Hang a chocolate box lid and a good painting on the wall together and in a short time the first will bore, yet the painting will give more and more pleasure and satisfaction as time goes by. This is true about good and bad photographs. You cannot expect to appreciate good photography instantly. It takes time and study to appreciate the feeling of the photographer.

Everybody starts off with the most essential quality of a good photographer – honesty to himself. A mother taking pictures of a baby on a beach with a box Brownie has this honesty. No illusions, no pretensions. She is not trying to be arty or clever. She photographs what she likes, simply and directly. All photographers start off with this honesty but most unfortunately lose it as soon as they attempt to become a “better” photographer. Their integrity is swamped by gimmickry and the control of technique. Too often photographers aim for visual effect. Pure boredom. They should forget about being conscious of composition and attempt to be more conscious of feeling. Good photographs come from a photographer having a genuine feeling towards a subject and a desire to record it. If you photograph something that really interests you in a direct and simple way it is a fair bet that your pictures will be more significant.

…The reason for the paucity of nude pictures I can admire is that there is not much going for the naked body except shape and texture. Few people have been able to photograph these inanimate qualities successfully and achieve anything but a boring design.
I am very hopeful for the future of the photographic nude. Young photographers will approach the naked body much more honestly. The titillating crop of pin-up magazines will bore them. I feel our generation only respond to these bad nudes because of our sexual hang-ups. Young photographers are so free-thinking that sex will be irrelevant as a preoccupation, but will be incorporated in their pictures in a natural, spontaneous way.

There are many forms of photography. I consider myself simply a recorder of that which I find of interest around me. I personally have no desire to create or stage direct ideas.
My enjoyment seems to come from trying to capture some form and order and significance out of the muddle around us.
l hope my pictures will interest others and suggest things they might not have seen had they been in the same circumstances— to help show we are all individuals seeing in our own ways— and to provide some emotional response be it even dislike.

Life as it unfolds in front of the camera is full of so much complexity, wonder and surprise that I find it unnecessary to create new realities.

These are the two basic controls at the photographer's command--position and timing--all others are extensions, peripheral ones, compared to them.