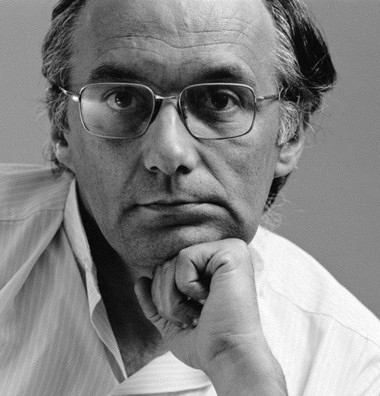 I have always felt that photography is a language for seeing and not for transforming, hiding, or modifying reality.

Instead of accepting the challenge of complexity, photography shunted itself into a tight corner—the reproduction of itself.

Photography has become an opaque layer, thick with images that are superimposed on reality itself—the debris of our age...

Instead of seeking to introduce new situations and ways of working, photography has moved into a phase of obsessively reproducing itself.

..the only journey now possible seems to be the one found inside signs and images—in a destruction of direct experience.

[Photography is] a great adventure in thought and sight, with a magical toy which miraculously manages to marry our adult awareness with the fairytale world of childhood.

Paradoxically perhaps… the moment a photographer thinks he is showing us reality is the moment when it is most distant.

The most important lesson I received from Conceptual art consisted in the recording of simple and obvious things, and viewing them under a whole new light.

Style is a coded reading, and I believe photography to be a codeless language, and rather than a kind of restriction, it is a broadening and expansion of communication.

…I called on photography to suggest or point out a possible itinerary through the outside world, which seemed to me ever more blurry, indestructible and incomprehensible—a boundless kingdom of analogy and fragmentation.

..photography always implies subtraction, or a sense of something missing, something outside the frame.

What good is such sharp sight when we are in a dead end?

In 1969, a photograph taken from a spaceship traveling to the moon appeared on every newspaper; this was the first photograph of the entire world. The image that man had pursued for centuries was presented for our view; it held within it all previous incomplete images, all books that had been written, all signs, those that had been deciphered and those that had not. It was not only the image of the entire world, but the only image that contained all other images of the world: graffiti, frescoes, paintings, writings, photographs, books, films. It was at once the representation of the world and all representations of the world.

I take photographs in color because the real world is in color, and because color film has been invented.

Photography is a great adventure in thinking and looking, a wonderful magic toy that miraculously manages to combine our adult awareness with the fairy-tale world of childhood, a never-ending journey through great and small, through variations and the realm of illusions and appearances, a labyrinthine and specular place of multitudes and simulation.

Certain maniacal aspects seem dangerous to me: photography as the aphasia of seeing, the antechamber for the anaesthetization of the glance, the need to be original and creative at all costs, the desperate search for the new and for a trademark...

..a man photographed is always no more than a photograph.

..the photograph encapsulates the notion of the double, and the fantastical journey through variations of scale, of capturing the moment and bringing it forever back to the present—because a photograph is a gesture, and object, the past.

..photography is a language in which the difference between reproduction and interpretation, however subtle, exists and gives rise to an infinite number of imaginary worlds.

Reality is being transformed into a colossal photograph, and the montage already exists: it’s called the real world.

Any photographed human being is always a photograph.

..my role as a photographer is never that of an author, a chronicler, or a director; my role should be indistinguishable from those I photograph.

Photography needs to do away with the idea of being a representation simply because it is always ‘an image’.

The need to be original and creative at all costs, the desperate search for novelty and trademarks, in the belief that an artist may be recognized because he impresses his own visual editing on the outside world, is the biggest danger faced today by research and creative photography.

The meaning that I am trying to render through my work is a verification of how it is still possible to desire and face a path of knowledge, to be able finally to distinguish the precise identity of man, things, life, from the image of man, things, and life.

The ultimate role of photography as a contemporary language of visual communication consists of its capacity to slow down our fast and chaotic way of reading images.

In photography, the deletion of the space that surrounds the framed image is as important as what is represented; it is thanks to this deletion that the image takes on meaning... inviting us to see the rest of reality that is not represented.

The formal artistic gesture is already expressed in the act of taking the photograph.